Positivity Link: A picture with an inspiring response.

..according to Nicolite, and one-hundred and sixty something followers! Thanks again for nominating me for this award. 😉

Why do I blog?

Why does anyone? I didn’t begin the month of August intending to get into blogging. I began it thinking that my Summer was coming to a gradual end, and worrying about my progress into another stage of school. I did intend this return to education to be different; I wanted to push myself more than I had at high school. I also decided, that month, that I wanted to be more honest to and about myself. A big part of that was tied up with the issue of revealing my sexuality, but another big part of it was allowing myself to fulfil my potential. You see, I’m lazy. I am. I’m smart, but I don’t push myself as much as I should and I convince myself that I can get good results with little work. That’s a form of dishonesty. Or it should be.

END_OF_DOCUMENT_TOKEN_TO_BE_REPLACED

Man, I really love-hate this novel.

Four days without a post; that’s quite a feat. 😉 Anyway, I’m back with a little post about goodness. And the lack of it. But also the abundance.

September has almost drawn to a close, and it’s almost the end of a pretty depressing month. There have been riots across the world which have left many dead, in the midst of those riots Syria’s plight has been momentarily ignored, an avalanche killed climbers in Nepal, and in lesser news, the world paid attention to Paris Hilton. I hate opening newspapers sometimes, because some articles can almost leave you with your faith lost in humanity. Murder. Rape. Child abuse. Worst of all, the fact that these things are becoming so common as to be banal.

END_OF_DOCUMENT_TOKEN_TO_BE_REPLACED 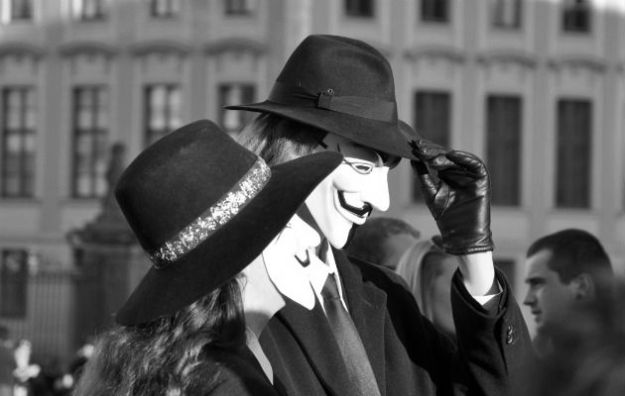 Does it ever strike you as odd the breadth of imagination you find on the internet? All the blogs, the websites, even the occasional oddly-poignant Tweet or mysteriously wise comment. There’s a lot of talent to be found online. The internet is a playground, and we are its children. And a lot of us are wearing the face of anonymity.

END_OF_DOCUMENT_TOKEN_TO_BE_REPLACED

I don’t normally like to reblog already massively-popular posts, but I can really connect with this one. I grew up on Peanuts and Calvin and Hobbes and reading a modern newspaper, seeing the trash inside which passes as a good comic–it’s painful.

In time past, there was art in the Sunday paper. No, I’m serious. There really was. It was art of a unique sort: unpretentious, ironic, and witty. It, naturally, appealed largely to children. The Sunday comics used to be an art form. I think they died, but I am not sure: I haven’t been able to find the obituary. I am uncertain if that is because they aren’t dead or just because no one cares enough to write the two-inch article. Perhaps the comics are suffering from a terminal illness and they are on life support.

I am lamenting this ignored injustice: the Sunday Funnies…aren’t. There are impostors in the paper every Sunday brazenly propping up their feet in places that used to be reserved for Calvin & Hobbes or Bloom County.

I’m amazing at tag. In fact, I frequently win against my three-year old sister. 😉 Daphne Propst has kindly invited me to a different type of tag, the aptly-named Blog Tag. In it I shall post 10 things about myself, and then nominate ten other bloggers who I’d like to participate. Of course you don’t have to respond if you don’t want to, and if you’re not on the list feel free to simply start a Blog Tag of your own if you so wish.

10 (Amazing) Things About (the Amazing) Aiden

In fact, I was going to give a list of bloggers. Then I realised that quite a few of the people I wanted to nominate have gravatars but not blogs. So. I’ve come up with a temporary solution. If you want to be involved, simply post a list in the comments section below! And if you do have a blog, you can either comment, or make a blog post and link back to it in the comments section.  If this doesn’t work, then I will make a list in the next few days (though of course the rules about responding will still apply. 😉

It all looks so…cheerful, doesn’t it?

Sam Bacile…really? Am I the only one who thinks the pseudonym was intended to sound like “Imbecile”?

There’s isn’t a lot that’s new to be said on this topic. Some bigots/freedom fighters/anti-Islamists/truth-spreaders (depending on your view) posted the 13-minute trailer of a film called the “Innocence of Muslims” which (whatever your view) ridiculed the Islamic prophet. In retaliation, some Muslims (and again, whatever your view, a fraction of the world’s population) have stormed embassies around the world, killing some and injuring others.

Some claim this as proof that Islam is a violent, destructive and medieval religion which will never change. That it is growing and seeks to usurp the West.

Some say that this was provocation, and the reaction to the film was one of culture rather one of religion. That most Muslims have ignored the film and gotten on with their lives, and the rioters are just violent idiots.

I like to think most of my readers can guess my opinion on this topic. It can be summed up in these pictures. I live in a town which has a relatively high Muslim population. Last year (or the one before?) a former resident blew himself up in Switzerland. An anti-Islam group which opposes Islamic extremists was set up here in the last couple of years. (I call them anti-Islam and not anti-extremist because, unfortunately, despite their original noble goal of opposing extremism, most members are skinheads who weren’t of the right social class to join the BNP and who only chant racial slurs at their rallies.)

Yet, the town is not a hive of terrorist activity, anti-Western vitriol or pro-Sharia law demonstrators. It is a town. We have a nice mall. Sometimes it’s sunny. Sometimes it rains. We have a street you might call “Asiantown,” or whatever. There is a degree of distrust between races and cultures. It is the same as anywhere else, and it is bred by the fear of strangers and feeds on the fear of the unknown. It is solvable. At school, there isn’t a reason to fear other students, and we get along fine.

There’s been no reaction to the film in this town. Of course it’s been heard of. But no-one cares. A friend made a Facebook comment: “I wish people would stop mistaking culture for religion.” That was it. Up in London, 150 protesters burnt an American flag. They should be arrested, but they won’t be because this is England. Mob mentalities drive the riots in the Middle-East. Many turned to looting straight after breaking into buildings. There isn’t even a reason, it’s just senseless violence. It reminds me almost exactly of last year’s London riots. Something’s been cooked up simply to provoke a reaction. And it’s a sad situation which has led to the unfortunate loss of life of innocent people. I can only hope that whoever is behind the film is caught quickly.

If you disagree with me (or if you’ve guessed the town I live in from all the massive hints) feel free to start a discussion below.

Everybody’s got problems. In every life, there’s a little tragedy, a little bump (or a huge hill) in the middle of the road. We can stay there and be left behind, stuck in the past as everyone goes by at their own pace, or we can move on with them. It’s never easy. It’s never going to be. But that’s life.

When I was twelve, my fourth sibling died. By which I mean my mother was pregnant, and due to a large amount of complications she was forced to abort. It traumatised her, it traumatised us. We held prayers in our garden, and I still can’t forget the tombstone from the graveyard that my sibling is buried in. For weeks, we didn’t know what to say about it, or to my mother, and a melancholy attitude settled on our house for a long time.  And yet, my strongest memory of the day I learnt my sibling was dead was going to school that day, and just sitting in the classroom and getting on. Moving on. The pain was still there, for all of us. When my mother was pregnant again, and she had to have special treatment for blood pressure problems, our hearts were in our mouths for nine months. And they’ve been since. We worried, we worry, we always will. But we moved on.

When I was seven, a close family friend died. He was hit by a car, and pronounced brain dead the next day. His mother had to switch off the life support. They’ve struggled to move on: his mother became alcoholic and her husband separated from her and took their young son away, his sister went “wild”. Maybe they’re still stuck in their past. Maybe one day they’ll move on.

Today is 9/11. Except that it isn’t, because that event happened eleven years ago. And maybe the world stopped for America then, but you can only pause for so long before you have to move on again. We had 7/7. We had Iraq, and the way things are going we’re probably going to have Iran. These are the defining events of our generation, but they will eventually fade away like the events before them, like World War Two is doing,  as the first all but has, as all the civil wars and massacres have. It will never be easy. It will never be as easy as I make out, sitting behind my computer screen and personally unaffected and unconnected to these tragedies unlike so many others. But every generation has its wars and its victims, and we drag our feet along for a while after them but, eventually, we have to lift them properly and just keep on, keep on. Move on. Taste of Japan
a flock of crows
Blog at WordPress.com.